Infinix is a mobile phone manufacturing company that is based in Hong Kong with their design company in Paris.

Like already said, a large percentage of smartphone users in Africa, especially in Ghana has opted in for infinix phones due to its affordability and premium feel.

One thing Infinix is good at is the final look of the product. I mean the physical design. They took the design of cheap smartphones to a whole new level with Infinix Zero and Infinix Zero 2 especially.
Wondering the best infinix phone you can get at the moment? 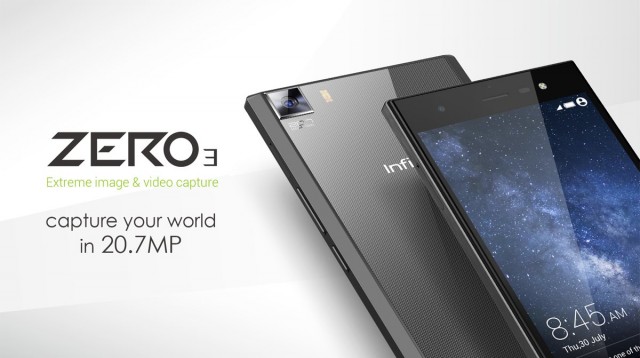 Infinix Zero 3 comes with a bigger and better display than its predecessor. The device comes with a 5.5-inch full HD display with a resolution of 1080 x 1920, which gives 401 pixel per inch.

The device comes with an amazing 20.7-megapixel, featuring SONY IMX230 CMOS sensor with 6P Largan lens, dual LED flash, autofocus, HDR and face detection, amongst others, for eye-catching images.
Another awesome feature of the Infinix Zero 3 is the 3GB RAM, coupled with MediaTek (Helio X10) processor clocking at a speed of 2.2GHz.
Zero 3 is available in Ghana and it is currently sold for about GHc550.

Where to Buy Infinix Zero 3

Key Specs of the Zero 3 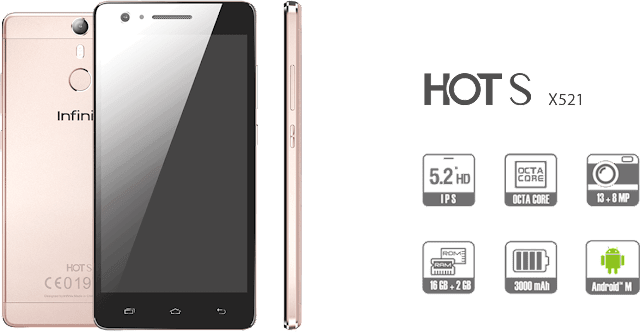 The Infinix Hot S seems like a reversal of the Infinix philosophy of ‘bigger is better’ as the phone with its 5.2-inch display is the most compact phone the company has built for a while.

Infinix Hot S is powered by a 64-bit Kirin 650 SoC. The processor offers 8-cores and it clocks at up to 1.5GHz. The smartphone is available in two versions; one offering 16GB storage and 2GB of RAM and the other with 32GB storage and 3GB of RAM.

The smartphone is the first Infinix phone to come with the new Infinix custom user interface (XOS) and it runs on Android 6.0 Marshmallow.

Where to Buy Infinix Hot S 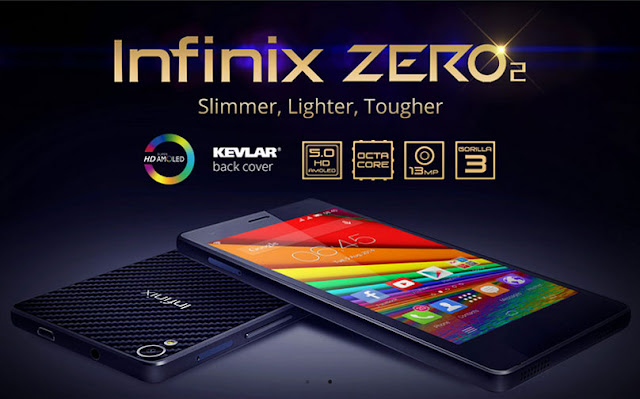 Infinix Zero 2 X509 Not the most popular amongst infinix phone users but arguable one of the best smartphones Infinix has ever made.

Infinix Zero X509 is the immediate successor of Infinix Zero. Just like Zero, Zero 2 is a very slim phone, a little bit slimmer than Zero though.

But despite the slimness of the Infinix Zero 2, the phone is not in any way fragile.

The front part of the phone is protected with super tough Corning Gorilla Glass 3 for unrivaled scratch resistant, while the body of the phone is built with aluminium frame with a back cover built of Kevlar fiber, which is said to be 5 times tougher than steel, while being very flexible and highly resistant.

Unlike its predecessor, the Infinix Zero 2 comes with a new display, boasting of 5-inch super AMOLED display.

Where to Buy Infinix Zero 2 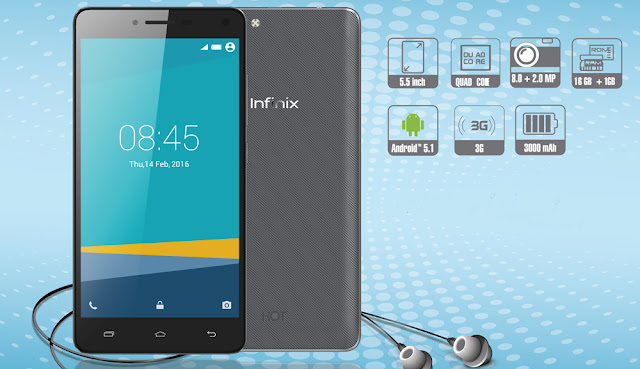 Infinix Hot 3 is the successor of the Infinix Hot 2 and it came pre-loaded with Android 5.1 Lollipop and Infinix User Interface (XUI).

The Hot 3 has some similar specs with the Hot 2, but also differs from the Hot 2 in a lot of ways. It is available in more colours than the Hot 2 and also has a more premium feel.

Where to Buy Infinix Hot 3

For those who don’t know, Android OS is an open source project, which means that android phone manufacturers can tweak the UI of the Android OS they get from Google as they want (and they do a lot) and they are also responsible for future update.

Android One is different in the sense that it is the original Android OS as released by Google which also means that you get future updates and upgrades directly from Google not from the phone manufactures.

Infinix Hot 2 is not termed the hottest one just because it is running Android One, it is also a powerful and affordable smartphone that comes with Android 5.1 (Lollipop).

Hot 2 comes in two different versions; the 1GB version and the 2GB version with both having 16GB internal storage and expandable to 32GB via SD card.

Where to Buy Infinix Hot 2

Infinix X553 Hot 3 Pro (LTE) with a 5.5-inch screen features full-laminate GFF technology for 1.2mm high precision processing, which prevents glare for exceptional clarity and vivid picture quality.
Coupled with Multi-Touch 5, it is a truly responsive experience. Made to fit your lifestyle, the back cover is designed to fit the curve of the palm and processed with a fine diamond texture.

Where to Buy Infinix Hot 3 Pro

Runs on XOS based on Android M, (support upgrade to Android N). out of the box and also features a 16MP AF Back Camera, 8MP Front Camera.

Where to Buy Infinix Zero 4

The smartphone offers a more powerful processor and the rear camera has been upgraded with Optical Image Stabilisation.

Where to Buy Infinix Zero 4 Pro

Infinix S2 is 5.2 inches’ device with the supportive resolutions of 1280 x 720 pixels. It is LTE enabled device with 16GB ROM and 2GB while the system is mechanized with 1.3GHz octa-core processor.

Best part of Infinix S2 is latest android version 7.0 (nougat). The camera section has 13MP lens for its back camera while the front camera has dual lens of 8MP in which one works as selfie and the other one works also as selfie but with different angles.

S2 has dual SIM access further the power house is packed with non-removable battery of 3000 mAh.

Where to Buy Infinix S2

The highlights of the Infinix S2 Pro is the dual front camera, fantastic design concept and an awesome performance profile. Infinix did a fantastic job with the three features and you should definitely go for the S2 PRO if you prioritize the three features.

Where to Buy Infinix S2 Pro

This is the full Specifications of Infinix S2 Pro.

Best Phones Below GH¢350 in Ghana

Tecno iTech Ghana - December 21, 2017
1
These are the list of all the latest Tecno phones in Ghana. Its is a comprehensive Price List of Top Tecno phones along with...

Infinix iTech Ghana - December 27, 2017
1
Click here to Buy from Jumia Ghana at GH¢1,350These list includes all the latest Infinix Phones in Ghana. Its is a comprehensive Price List of...

Phones iTech Ghana - July 10, 2018
0
Previously, we came up with some suggestions for smartphones with big battery life. So for those of us looking buy phone with good battery, here are...

ABOUT US
iTech Ghana is focused on providing Ghanaians with Information about Technology News, Gadget Reviews etc
Contact us: ghanacampus@gmail.com
FOLLOW US
© Copyright @ All Right Reserved iTech Ghana 2018